There's no doubt the publishing world has been rocked by 50 Shades of Grey, one of the fastest selling books of all time. This would be enough to put me off reading it forever, but I work in a library, and decided I had to take one for the team. So, these are my thoughts about the steamy pile of manure that is 50 Shades of Grey. (and yes, start weeping for humanity now.)

50 Shades is about the relationship between Anatasia Steele and Christian Grey, as it progresses through their first meeting to the heart of darkness. With lots of sex in between. As with many a romance novel before them, we have the basic formula of the older powerful man sweeping the young innocent girl off her feet into a new world. The difference? A banquet of bondage/discipline, domination/submission, and BDSM. Yummy. Do the actual plot details matter to the readers, though? Why worry, since E.L James didn't let such trifles bother her. Plot is a fringe element in this trilogy. What does matter are the characterizations, especially the heroine. (and I use that term loosely)

Anatasia Steele (or Ana, as she's nicknamed, which makes her sooooo much more accessible), is a college graduate, and not much else. In case you are a disbeliever, that this is a pairing that's not meant to be, look at her last name! Steele! Matches 'Grey' perfectly! Meant to be ironic, of course, since the only she’d get any degree of steeliness is if someone surgically inserted a rod into her spine. Oh yes! No brain, but she has the heart  - and sadly, no noive! Ana's a lot like Bella from Twilight. Only with bruises. But she’s special, by just taking in oxygen. He has chosen her and lifted her from banality to more banality. Oh yeah. Pass the Bactine!
Oh, Ana! E.L James has managed to create a character without a personality, or any degree of life experience. Christian has to explain to her how boffing for the 1st time works. Has Ana been in a convent? You surely pray so. Maybe the one from The Sound of Music. And sense of self? Zip. How can one person be intimidated by so much? Makeup, computers, copper haired dudes, copious amounts of steel in office decor, office blondes (female), people who wear clothing, people who don’t wear clothing, parties, walking, decisions......and yet, a rabid S&M’er seems to produce no concern at all, beyond the immortal phrase "Holy Crap". (Jesus, yes.)    Worse, how can she cover up all the damage if she has no makeup skills? In E.L James's world, hot people (and we know she is, since it’s repeated over and over over and over over and over) do not bruise. They just glow all pink. And the most shocking of all.....Ana has no internet experience, much less an email account. Frankly, that shoves aside the 'never had sex/never been kissed' thing in terms of straining reality to its limit. Yup, a convent, people. Or a time machine. How does the author solve a problem named Ana?

She provides us with our hero, a manipulative control freak, who takes full advantage of Ana's weak personality and willingness to be dominated, in every sense. Enter Christian Grey - no pun intended. Let's see.......could Ana have Daddy issues? With a guy named Christian? Christian, aptly named since he's constantly described in godlike terms (you may call him Christ for short), is a bazillionaire who specializes in Vague Business Practices As It Occasionally Matters To The Plot. Really, all the reader needs to know is that he's hot and rich. And if you miss it, James will kindly re-state it for you repeatedly. Thanks, E.L! As if 50 Shades didn't give me enough reasons for electroshock already!

Let's play a game. You meet a broody guy who works with you at the local Walmart (or any ordinary business, dept, etc), who you'd like to date. He seems to like you, too, but informs you a) he only wants to be with you if he can hurt you, b) he stalks you online and everywhere else, c) he has an addition to his house in the back that has a lot of furnishings and accessories you probably will not see at your local Homesense, d) he wants you to spend most of your free time with him, and e) doesn't like it when you try to negotiate this or any other points in the confidential contract he wants you to sign. f) isn't overly interested in you as an individual human being, only as his toy, but g) this is all for your own good, baby! He is not rich or hot.
Do you hook up with this guy? Sounds like your creepy local guy you'd cross the street to avoid, doesn't he? Or move across town. But he's a keeper in James's world, where all of Christian's truly disturbing qualities are wiped out by the fact that he is rich and hot. In fact, he sounds like a psychopath. How shallow can things get?

We soon find out. Our hero even has a sidekick - not a buddy, but his penis, which he introduces to Ana with the immortal line: : “I want you to become well acquainted, on first name terms if you will, with my favorite and most cherished part of my body. I’m very attached to this.” Yes, he is, since he hardly ever seems to let go of it during the novel. And such charming formality! You'd swear he was at a Buckingham Palace garden party. (hmmmm, maybe this is how Prince Harry picks up!) Sadly, Ana doesn't get to reciprocate - an error of sexual etiquette, if I ever saw one. And what a champion when it comes to sex! He even owns her body and her orgasms, as he so arrogantly informs her. It's wonderful to see a heroine who owes everything to the hero - she doesn't get to keep her personality, her 'career', her spirit, or her orgasms. They're on loan. And he says he knows her body better than she does. What a prince of a guy. (oops, did I mention he's rich and hot?)

To sum up, I detest this book. She’s weak and passive – he’s vicious and controlling. As if that isn't bad enough, it's so badly written - it's not even accurate in terms of phrases used in the States! Speaking of the Brit angle…. Anastasia considers if she wants ‘sparkling or still’ water, carries a ‘rucksack’, and says the elevator is a’ lift’. Fail! Not American! And these people constantly address each other in the third person, which worked perhaps once. After that, I found my teeth tended to grind into stubs. And what American would ever refer to BDSM as 'kinky fuckery', as Christian does? Another Brit expression - Victorian, perhaps?

For the record, it's not what the two main characters were doing - in terms of the actual physical acts. (well....almost....) It's that this couple are spoiled and boring, and do boring things. Here, S/M is like having an extra option on your Prius. Or a hobby. Something to do. It's much ado about absolutely nothing. I'm all for great smut, and there are far better books out there. But this????? Bad, stupid, stereotypical smut is unforgivable.
Class dismissed! 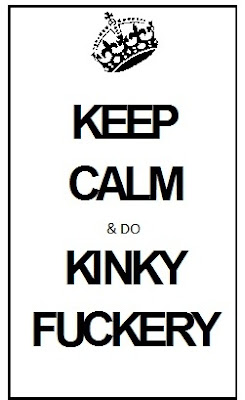